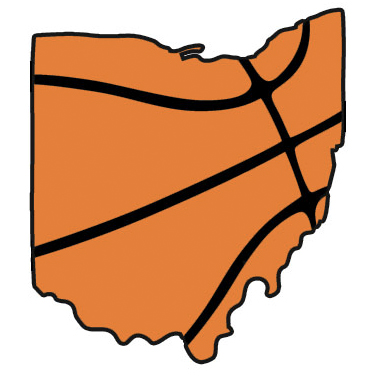 GAME OF THE WEEK
JV Boys – Bulls vs Aris
Aris, who is arguably the strongest 9th grade team in the east side league, went up against a solid 10th grade group in the Bulls this past Sunday. Both teams have won more than they have lost and this matchup had all the makings of a tough game. Showing up with only 5 guys, Team Aris had to watch fouls and use timeouts to get its players some breaks. The game was a defensive struggle early as both teams refused to yield easy buckets. The lone offensive bright spot through much of the first half was an Aris shooting guard, Tom Aris who connected on 3 three pointers leading Team Aris to a ten point halftime lead. Aris seemed to be using a more aggressive style of play and smart team defense to control the game and frustrate the older Bulls who still trailed 30-20 at the 16 minute mark in the 2nd half. That is when an injury to an Aris guard Shawn Mathers forced him out of the contest and changed the game. The Bulls had the luxury of playing 5 on 4 most of the second half. Almost immediately they began chipping away at the Aris lead and enjoyed a 14-2 run to take a lead with 7 minutes left. Led by the numerous attacking drives of Dominic Davis (Nordonia) the Bulls took over the momentum. Mathers tried to give it a go late for Aris to even up the numbers but his injury prohibited him from being much of a factor. In the end the Bulls held on for a 48-44 win.

8th Grade Boys – Cleveland Kings vs Dre
This game was close the whole way. Both teams refused to slow down and maintained a furious pace of play throughout the contest. At halftime Team Dre was up 23-18 thanks to some overly sloppy play by the Kings. All that changed when the 2nd half started… thanks to Carl Johnson of the Cleveland Kings. He put on a dominating show en route to a league high 35 points! In the end the Kings’ depth, size and athleticism were too much as they outscored Dre by 11 points in the second half. FINAL: 60-54 Cleveland Kings.

5th Grade Boys – Bobcats vs Raptors
The 5th grade division was back in action this past weekend after a bye week on September 22nd. Coming into this game the focus for the Raptors was on stopping guard/forward Jordan Garland. He is usually the leading scorer for the Bobcats and a tough matchup for any team in the division. It was a great game for both teams. Aidan Elliot of the Raptors was his usual outstanding self (Pictured below on the drive) as the game went back and forth each team enjoying leads of up to 7 points at different times of the game. The focus for the Raptors, however, should have been on slowing down Bobcats guard phenom DuShawn Hill! This little player was everywhere. Athletic drives, smart defense, knocking down J’s, and dropping dimes to his teammates like he had eyes in the back of his head. A key Nate Hammond stop for the Raptors on defense in the second half spurred them to a late 3 point lead. The Bobcats had one last chance and executed a sideline inbounds play perfectly to get a last second shot off that fell just short. FINAL Raptors 49 Bobcats 46.

JV Boys – Gene #1 vs Ohio Rising Stars
In JV Boys action Gene #1 took on Ohio Rising Stars. The picture below shows Ohio Rising Stars capping off a solid first half with a buzzer beating jumper to pull within 3 points of Gene #1 at 18-21. Gene #1 used tough guard play a strong 2nd half to pull away with a 27 point win. Gene #1 was lead by SMAC U guard Garrett Houser with 21 pts. New addition to the team Bernie Mcgervin chipped in with a strong 18.
  
Varsity Boys – Heat vs EBA Hoops
Joe Simmons of Kenston. Read it again, Joe Simmons of Kenston… his hot hand was the difference in this game. At a 6 of 10 clip from beyond the arch it is easy to see how the Heat took control of this one in the second half. EBA Hoops had trouble on the defensive end this entire game not to mention they were out sized in 4 of 5 positions most of the time which led to the Heat dominating the glass. This second half drive by EBA was not nearly enough to cool off the hot shooting Heat who, with the win, made up for an earlier September loss to EBA.

7th Grade Boys – Stow Dogs vs Summit Stingers
Stow Dogs came ready to play this past Sunday. The game started off close but a mid first half run pushed Stow’s lead to 18-9 at the half. #2 for Stow led all scorers in this game with 12 points. Summit could not make this a close game in the second half as the Dogs hit cruise control by the 10 min mark of the 2nd half. Stow just had too many weapons as they downed the Stingers 37-22